WerkNet
Your Family
Your Career
Your Health
Your Money
You and the Law
Occupational Guilds
Solidarity Youth
S-Leer
Home › Press Releases › Solidarity, Tourism Department in court over race criteria 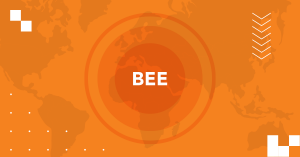 Solidarity takes the Department of Tourism to the Gauteng North High Court on 28 April over the Department’s decision to use race as a criterion for granting aid during the Covid-19 crisis.

“This pandemic is not a crisis that only affects some people; the whole of South Africa is in a crisis. Tourism is severely affected, but unlike the virus, the Department of Tourism will take your race into consideration and discriminate against you based on the colour of your skin,” said Solidarity CEO Dr Dirk Hermann. “Therefore, it would be your skin colour, not the need you experience, that will be the determining factor for receiving aid.”

In opposing court documents filed by the Department of Tourism, the Department acknowledges that race will be used as criterion for awarding aid. They argue that in terms of black economic empowerment (BEE) regulations, they may grant assistance on the basis of race.

“It is shocking that during this time of crisis, the Department of Tourism has a greater commitment to their ideology of race than to the need experienced by all South Africans. What they forget is that employees, regardless of their race, will be hardest hit by this decision,” Hermann argued.

Solidarity has already lodged a complaint with the Human Rights Commission on 25 March, after the government had indicated that emergency funds will be allocated on the basis of race. On 30 March, an urgent application was served on the Department and the case is scheduled to be heard in the Gauteng North High Court on 28 April.

The Department of Tourism responded on 8 April with a notice that they would oppose Solidarity in court. Tourism Minister Nkhensani Kubayi-Ngubane made it clear during a media conference that aid provision would be biased and in favour of black economic empowerment. This racial approach was confirmed in their opposing documents.

On 14 April, the civil rights organisation AfriForum brought a similar case against the Department of Tourism. Solidarity welcomes AfriForum’s application.

“We will be in court on 28 April, and the Department will have to come and defend its racism in court. We cannot just drop the issue so that it becomes the norm. We must not allow the government to determine need on the basis of race,” Herman concluded.