WerkNet
Your Family
Your Career
Your Health
Your Money
You and the Law
Occupational Guilds
Solidarity Youth
S-Leer
Home › Press Releases › Solidarity v DCS: Judgment in most significant affirmative action case to date to be given on Friday

Solidarity v DCS: Judgment in most significant affirmative action case to date to be given on Friday 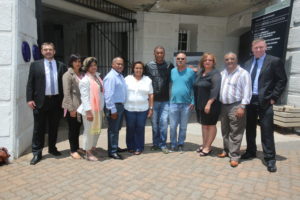 This coming Friday, 15 July, the Constitutional Court will deliver judgment in trade union Solidarity’s historic lawsuit against the controversial employment equity plan of the Department of Correctional Services (DCS).

According to Anton van der Bijl, head of Solidarity’s Centre for Fair Labour Practices, this judgment would be recorded as being directional in South Africa’s democracy. “Solidarity’s lawsuit against the DCS is without a doubt the most significant affirmative action court case in the history of South Africa. This judgment will not only hold huge implications for the DCS but would also determine the future implementation of affirmative action within the South African Police Service (SAPS) and the entire civil service,” Van der Bijl said.

Solidarity’s litigation against the DCS started back in 2012 when the trade union consolidated a number of lawsuits against the DCS’s controversial Employment Equity Plan. According to this plan, the national demographics must be reflected at all job levels, notwithstanding the province or region’s demographic profile.

Members of the media are cordially invited to attend the court proceedings.