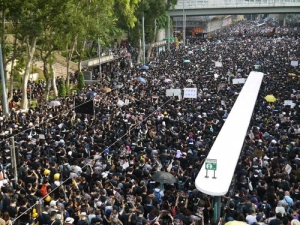 It’s official – the principle of holding a secret ballot before embarking on strike action is now included in the Labour Relations Amendment Act. This means that it would now be illegal to go on a strike if a trade union has not first conducted a secret ballot among its members.

Solidarity is pleased that all trade unions will now have to amend their constitutions to provide for a secret ballot.

Solidarity General Secretary Gideon du Plessis says that Solidarity’s constitution has always made provision for a mandatory ballot to get a mandate for a strike.

He also says that the legislation would not only protect innocent workers but would also ensure that there would be fewer strikes because it is the workers who ultimately have to pay the price when the no work, no pay principle applies. A secret ballot means workers can exercise their vote without fear of intimidation. A secret ballot should result in achieving more labour peace, which is what is needed to promote the sustainability of businesses.

The guidelines on strikes in terms of sec. 59 (9) of the Labour Relations Act provide that before calling a strike every trade union must conduct a ballot. It prescribes the procedures to be followed when a secret ballot is conducted.

“What the populist trade unions do is to arrange a mass meeting and to then decide by a show of hands whether or not to go on a strike. Behind the scenes there are usually a number of “strategically placed ringleaders” who get paid to incite the masses to opt for strike action and intimidate those who do not want to strike. Consequently, workers then raise their hands in favour of strike action for fear of the consequences should they not heed the call for strike action,” Du Plessis explains.

According to Du Plessis, it is so that especially trade unions such as Amcu use intimidation to force members into strike action despite the fact that, in most cases, the majority of members did not want to strike. He added that Numsa too has made itself guilty of wanting to use a strike to create a strike platform for its leaders to get “media airtime” and to promote their own interests at the expense of their members who were forced to strike.

The law now also requires trade unions to keep the records of balloting for three years should any legal action be instituted at a later stage. Thus, ballot papers must be printed and placed in a sealed container when a vote is taken on matters such as disputes. The Office of the Registrar of Labour Relations said in a statement that if trade unions do not comply with this requirement their registration as a trade union could be cancelled and the union could be placed under administration.