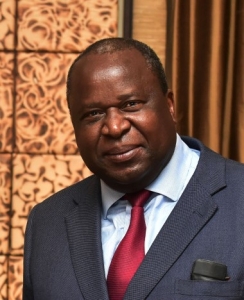 Solidarity today commented during a media conference on Finance Minister, Tito Mboweni’s Economic Transformation, inclusive growth, and competitiveness plan. While Solidarity welcomes the overall nature of the document, it believes that this is merely a step in the right direction and not a comprehensive plan for complete economic recovery.

Morné Malan, Senior Researcher at the Solidarity Research Institute (SRI) explains: “We welcome several aspects of the plan that we believe will promote economic freedom. The fear, however, is, firstly, that even these limited aspects will not be implemented, and secondly that should it be implemented, it will simply end with implementation.”

Solidarity’s comments include the Research Institute’s own economic advice to the Minister for workable, proven solutions that have resulted in good results worldwide. Malan argues that their comment contains practices that brings us closer to the mainstream regarding global economic policy. “We cannot continue to cling to obsolete ideas characteristic to the Soviet Union, and to think that the rest of the world is wrong because they do not.”

Solidarity’s comment urges the state to look at other countries that have experienced economic recovery and to investigate how those countries managed to improve their situation. “With countries such as Spain we see that they had an unemployment rate in 2013 comparable to our country’s current unemployment rate but that it has dropped by more than 10 percentage points by 2019. Because of this their economic growth has recovered. Economic freedom, in broader terms, has led to uplifting several millions from poverty around the world, and it can do the same for South Africa – provided that South Africa implements it.”

Solidarity’s full comments can be obtained by visiting the following link: http://soli.online/jm