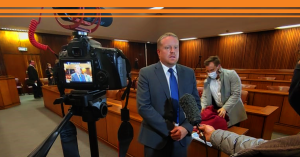 Solidarity announced that it would ask the Constitutional Court to decide on an urgent basis whether the granting of relief on the basis of race is constitutional. This comes after the Northern Gauteng High Court ruled that the Department of Tourism’s decision to use race as criterion for granting relief from the Tourism Relief Fund is not unlawful.

“It is imperative that South Africa gets legal certainty on whether, in a state of disaster, the Constitution allows for discrimination based on race in order to qualify for relief. Solidarity is going to request access to the Constitutional Court. As the crisis is urgent, we believe the matter, too, is urgent,” Dr Dirk Hermann, chief executive of Solidarity said.

Judge Kollapen ruled that the criteria does not perpetuate an unfair advantage for some candidates over others based on race but rather has the effect of providing those candidates with a head start.

Solidarity and AfriForum were in the Northern Gauteng High Court on 28 April to request that the Department of Tourism’s race criterion be taken on revision. This comes after Solidarity filed a complaint with the Human Rights Commission on 25 March 2020 after government had announced that race, rather than distress, would be the determining factor for the allocation of relief funds. An urgent application was served on the department on 30 March.

Solidarity argued that the pandemic does not discriminate against its victims on the basis of race and that it is therefore immoral of government to offer relief on these grounds. “It is not only white business owners who are affected but also all employees in the industry, of which two out of every three are black. Hunger and distress know no colour,” Hermann contended.

The Department of Tourism’s defence was that it was legally obliged to apply black economic empowerment, regardless of the consequences the alleged obligation has.

“It is sad that Solidarity now has to turn to the Constitutional Court because government is set to continue with the discriminatory race criterion it imposed to qualify for emergency relief. This action by government cannot be justified in any way, and therefore Solidarity will not leave it at that,” Hermann concluded.