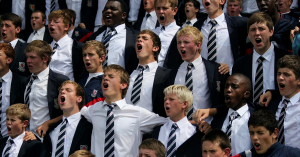 Solidarity today said that it would not hesitate to proceed to litigation if Minister Lindiwe Sisulu’s statements about 50/50 race quotas in schools are expressed in legislation. Solidarity strongly opposes this proposal by Minister Sisulu.

Solidarity is also of the opinion that to present political agendas and interference in children’s lives as good intentions no longer have a place in society.

“It is clear that Minister Sisulu as the chairperson of the social transformation subcommittee of the ANC’s National Executive Committee (NEC), is not focusing herself on ensuring quality of education but that instead she is working to ensure that her party’s obsession with race and its race agenda finds its way even into schools. No one is more obsessed with race than the ANC, which is ironic because the ANC believes that they are striving for a non-racial society,” Johan Botha, deputy general secretary for Solidarity’s teachers’ network. “What is also disconcerting is that the ANC’s obsession with race is spilling over into the lives of children. The only thing the ANC will manage achieve is to worsen the social impact of race.”

Solidarity also believes the minister’s idea is in its essence absurd because it is focused on promoting one entity’s agenda while the quality of education is receiving no real attention. What is more, South Africa’s education crisis is precisely a symptom of an incompetent government that is trying to hide its shaky agenda and problematic decision behind the veil of transformation.

Solidarity is also of the opinion that the solution to South Africa’s education crisis does not lie in quota-based schools and race-obsessed classrooms, and that the responsibility for the crisis must be laid at the door of a government that is failing to carry out its mandate in terms of the South African Schools Act.

“This government is not even trying to do what it ought to be doing for our children, and to try to sell this race-based idea as being the fault of race and to then remedy a problem of its own making by introducing more racism and control is outrageous. There is no place for preposterous statements and if it does translate into legislation we will litigate to ensure our children’s right to quality education is upheld,” Botha concluded.