Your Job
Your Family
Your Career
Your Health
Your Money
You and the Law
Occupational Networks
Solidarity Youth
S-Leer
Home › Press Releases › Healthcare practitioners: Solidarity will oppose regulations 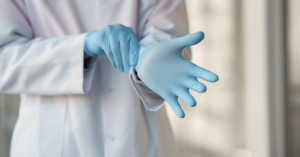 According to Solidarity, the government is trying to pave the way for the eventual implementation of the proposed National Health Insurance (NHI) through these regulations. The state already requires through this that state departments and local authorities must approve the practitioner and his or her activities and requires that healthcare practitioners specify who they will serve and accommodate within their practice.

“It is absolutely ridiculous that a healthcare practitioner cannot decide for him- or herself how he or she wants to practice and that he or she must be prescribed as to which patients he or she may treat. The practitioners are basically subjected to forced labour that only enables them to practice according to the prescriptions of the state. They will no longer have any control over the nature of their practice. Leaving our healthcare practitioners completely in the hands of the state, which then decides whether they may practice or not, is something we cannot allow,” Krüger continued.

“The implications for medical care and the medical profession are far reaching. The state does not have the ability to control the entire medical profession in the country. They do not have the skills or financial resources. We have already seen during Covid-19 the extent to which the state’s incompetence and corruption extends. We must do everything in our power to stop further takeover of the entire medical industry by the state,” Krüger concluded.