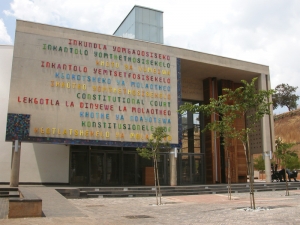 Solidarity is considering approaching the Constitutional Court to rule on the report of South African Human Rights Commission (SAHRC) regarding affirmative action. This follows after the Labour Court in Johannesburg ruled today that, on technical grounds, the report cannot be regarded as binding and may be ignored by the government. The SAHRC published in an equality report that the South African affirmative action programme does not comply with the Constitution and International Law. The report also recommended that the government change the Employment Equity Act. Solidarity requested the Labour Court to force the government to comply with the recommendations after the government neglected to do so.

Anton van der Bijl, Head of Legal Services at Solidarity, says it is regrettable that the Labour Court did not provide a final decision on this matter, but it is only a tactical setback. The case will most probably be taken further to the Constitutional Court.

The equality report of the SAHRC was not declared invalid by the Labour Court and therefore, the recommendations are still applicable. Solidarity plans to approach the United Nation’s Committee on the Elimination of Racial Discrimination again to take the matter further on an international platform.