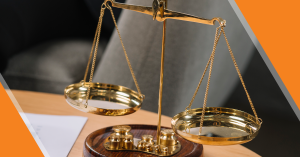 Solidarity today achieved a victory against false accusations of racism being made in the workplace. This comes after one of Solidarity’s members working at the Department of Justice and Constitutional Development was unlawfully suspended without pay in 2019 after having been falsely accused of racism.

“Of course, we welcome the finding by the Commissioner who indicated during the hearing in the General Public Service Sectoral Bargaining Council (GPSSBC) that there was insufficient or no evidence to support any of the charges brought against our member. However, we strongly condemn the seemingly increasing trend of false allegations of racism being made in the workplace. It has devastating consequences for those about whom such lies are spread. This cannot be tolerated,” Mariesa Janse van Rensburg, the Solidarity litigant who dealt with the matter, said.

Solidarity is of the opinion that until those who make false claims are not called to account such harmful behaviour will, however, never be fully curbed.

“It is outrageous that employees are allowed to make complaints that are blatantly false against their colleagues without it having any consequences for them personally. It is even more perturbing that employers are not also punished for their mismanagement of such situations. If no steps are taken to discourage this behaviour it will simply continue. Meanwhile, we will continue to fight for our members who, unfortunately, are all too often victims of this behaviour,” Janse van Rensburg concluded.

Post-virus: Mining could act as stabiliser

Company wants to help in #Covid19, but SARS ‘prevents’ them

Date set for case -BEE as prerequisite for emergency relief