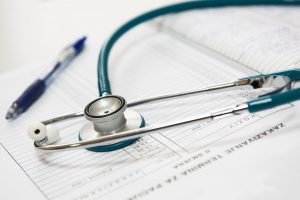 Solidarity’s Occupational Guild for Health Practitioners today expressed their deep-seated concern about President Ramaphosa’s statement that the NHI Bill will be submitted to Parliament soon. This follows after a version of the bill was rejected by the cabinet at the end of last year due to various deficiencies. It also provoked heavy criticism with regard to funding, especially from the Treasury.

Morné Malan, Senior Researcher at the Solidarity Research Institute, explained that despite the fact that the final version of the bill is not yet available, one can reject such a policy from the outset. “The fact remains that nationalised healthcare is not workable. It is not economically viable, nor is it practically feasible. The shortcomings in the previous versions of the bill were profound and omnipresent. It is unthinkable that all the issues could have been solved in this version” Malan said.

Solidarity advises Pres. Ramaphosa to do away with this backward policy that has led to poorer health outcomes time and time again, irrespective of where attempts have been made to implement it. “The NHI will make South Africans as a whole sicker and leave them poorer. Health practitioners who choose not to emigrate will be even more adversely affected under the NHI system.”

Malan concluded: “Mr Ramaphosa proudly announced several figures and details about investments and government spending. However, very little information was given about the expected costs and realities regarding the NHI. South Africa is experiencing a crisis in health care. This crisis stems from the government’s inability to manage health care. Obviously, it is madness to think that the solution for this crisis lies in the state taking over the responsibilities of the current outstanding private healthcare sector. Incompetence cannot be cured by laying claim to more power for yourself. People cannot be cured by means of pretty words and pseudo-saintliness.”