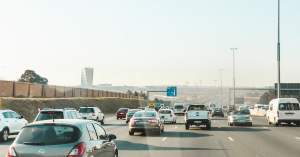 Transport Director-General Alec Moemi on Tuesday (13 October) presented the National Road Traffic Amendment Bill to Parliament and said that the government planned to introduce new licence plates for motor vehicles as part of South Africa’s new road rules. He mentioned that the decision is particularly important for vehicle identification in the case of road accidents.

According to Moemi, the government is looking at a system that will include the embedding of microdots into a new number plate, that will then be regulated. Moemi also mentioned that the manufacturers of these number plates, as well as those who issue them to motor vehicle owners would also be regulated so that forged number plates can be prevented and forged plates that appear on vehicles can be easily identified.

Moemi indicated that technology that is currently in use across the country’s highways, especially in provinces such as Gauteng and the Western Cape, as well as at the country’s borders would be able to scan these microdots. Similar technology can also be deployed to scan vehicles that travel under highway bridges.

Microdots are particles with a diameter of 1,8 mm and have seen increasing popularity as a safety feature on South African vehicle licences. A microdot has a unique, optically readable microdot identifier, typically the vehicle’s 17-digit VIN number or another registered personal identification number (PIN).

In addition to the benefits the new system brings for road safety and crime prevention it will, according to Moemi, also allow the government to better understand road usage across the country. He said that the country’s traffic impact is currently calculated by department employees at intersections or by using data from Gauteng’s e-toll gantries.