South Africa’s GDP figures shocking but could be expected 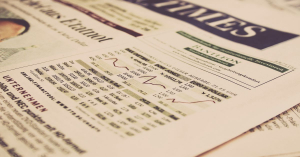 Solidarity noted with shock and dismay the latest GDP figures published by Statistics South Africa. The GDP has shrunk by an unimaginable 51,0% for the second quarter of 2020.

“With the highest published contraction of any economy globally for the second quarter of 2020 it is clear that the medicine here has been more deadly than the disease. It is true that GDP may be a clumsy measurement for a country in isolation, but if our outlier quarter is compared to that of other countries, it becomes clear that we have one of the most harmful lockdowns in the world, if not the most harmful one,” says Connie Mulder, head of the Solidarity Research Institute.

Solidarity explains that this contraction did not take place because of the Covid-19 virus but as a result of the country’s approach to the national lockdown. All countries have had to put plans in place to combat the virus. South Africa’s plans, however, have been much worse than those of virtually all other countries.

“This tragedy is the direct responsibility of the government. It is not the pandemic that has brought us to where we are, but Cyril Ramaphosa and his cabinet’s dealing with it. In spite of talks about hot spots and more regional-based handling of the pandemic, Ramaphosa’s government has stuck to a national lockdown. The consequences could have been expected and should not come as a shock to anybody, least of all to our president,” Mulder says.

According to Solidarity the situation is being aggravated by the dire state the country’s economy was in even before the arrival of the virus. Irrational lockdown measures in such circumstances are absurd.

“South Africa already was in a recession when the pandemic struck, and it is and remains inconceivable that the cabinet have occupied themselves with prohibiting the sale of cooked chicken and shorts instead of trying at all times to keep the economy going during the pandemic,” Mulder continues.

“Under Ramaphosa, South Africa is going to reach an unemployment figure of more than 40% for the first time in history – a figure that is unimaginable in a country without civil war. Together with 12 years of load shedding and two recessions, it is clear that the ANC under Ramaphosa is not even capable of managing a farm stall,” Mulder explains.

Solidarity calls on the government to take the worsening economic crisis seriously and to withdraw from managing it. Abolish the lockdown immediately, deregulate as much as possible and allow private power generation.

“It is obvious to every South African citizen that we will have to get out of this mess ourselves. The ANC was governing badly in good times; they would not suddenly govern well in bad times. Our only option is ourselves,” Mulder concludes.