Standard Bank getting more bang for its buck after jobs cuts 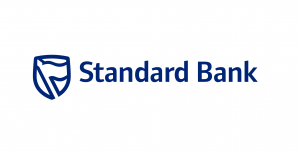 Bloomberg reports that Standard Bank is earning more per employee than anytime over the past five years after reducing the number of workers by almost 2 100 in the 12 months up to June.

The lender has used natural attrition and a reduction in the number of branches to trim staff to 46 168, according to an analysis of its first-half earnings released last Thursday.  A push to digitisation has resulted in Standard Bank closing about 100 branches in SA, bringing the number down to 531 to contain costs that had been growing faster than income.

The number of staff employed in SA declined to 31 201 from 32 880 with workers taking voluntary severance packages, or reaching retirement age.  Another 397 jobs were cut in the rest of Africa, bringing the employee count in other regions down to 14 352.

The bank is increasingly relying on mobile phone banking to reduce costs associated with branches, with the volume of face-to-face transactions having declined by 13% in the six months to June from a year earlier.  Some 99% of transaction volumes now go through digital channels.