State of disaster inhibits hope for growth or job creation 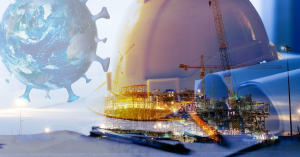 Solidarity is of the opinion that there is no hope of turning the economy around or of creating jobs until the state of disaster has been lifted in its entirety. This follows after the latest release of the quarterly labour force survey (QLFS) by Statistics South Africa (StatsSA) indicated that South Africa is currently experiencing the highest level of unemployment since StatsSA started using the QLFS.

Connie Mulder, head of the Solidarity Research Institute (SRI), explains: “Substantial parts of the economy are still closed and those parts that are open will never make appointments or commit to long-term investments as they can be closed again in the blink of an eye. The state of disaster, regardless of the level, brings too much uncertainty and is destroying our economy and jobs in South Africa”.

Solidarity argues that the recent relaxations will have a very limited impact on the economy as the possibility of a harsh lockdown still looms large for businesses and employers.

“For many businesses it is almost impossible to make decisions about growth or future strategy under the present circumstances. Despite the relaxations, the outcomes of a system that is quintessentially unjustifiable cannot be welcomed. Players in the economy had no idea what the President would announce in his latest statement. We could move up levels, see relaxations or face any of countless other possibilities. Things simply cannot carry on like this,” Mulder concluded.

Solidarity, however, argues that although the removal of the state of disaster does constitute the greatest short-term victory, there are still significant structural problems within the South African economy that must be resolved if we are to address the employment crisis.

“It is clear from these figures that the main disaster facing the South African economy is, and has been, the ANC’s policy. President Ramaphosa’s economic recovery plan and Minister Mboweni’s budget are not only inadequate – they are, simply put, also counterproductive. The government has killed the horses pulling the carriage that is our economy, and is now surprised that the carriage is no longer moving. With these plans they have simply tried to acquire a larger carriage in the hope that it would then move,” Mulder concluded.