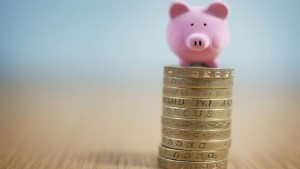 Trade union Solidarity said today in the run-up to Minister Pravin Gordhan’s budget speech that a significant recovery of the country’s economy will only be possible if government interference and government spending are curbed drastically. The trade union furthermore determined four directives for economic growth.

Gerhard van Onselen, economic researcher at the Solidarity Research Institute (SRI), expressed the hope that Minister Gordhan would emphasise in his budget speech that government will do fewer things and spend less on the things it will continue to do.

“We consider the continuation of centralisation and interference by the government to be the wrong medicine and that will hinder the economy even more. Our view is that real reforms of legislation and policy are necessary to reflect the principles of true economic freedom,” Van Onselen said.

Van Onselen pointed out that it will be extremely difficult for the state to stabilise debt at a level below 50% of the Gross Domestic Product, a psychologically important warning level.

“In conditions of weak economic growth, government will view higher tax rates as unavoidable to bring its debt under control, but owing to the discouraging effects of higher taxation on participants in the economy, this does not necessarily guarantee an increase in government revenue. Higher tax rates could indeed further weaken the capital base of the economy. The only sustainable solution is to actually decrease expenditure, which could, among other ways, be done by abolishing irrelevant government departments, state institutions and projects,” Van Onselen said.

Below is a summary of Solidarity’s directives that will stimulate economic growth: