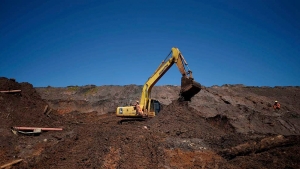 According to Mining Weekly a Swiss environmental expert will make a fact-finding trip this week to the site of the Vale dam disaster in Brazil to start work on setting new dam safety standards for miners.

The safety of dams used to store mining waste, known as tailings, gained prominence after the collapse of Vale’s dam at Brumadinho, Brazil, in January that killed about 250 people.

It was the second Vale tailings dam collapse in Brazil in less than four years.

The International Council on Mining and Metals (ICMM) said in March it was working on new standards with the UN Environment Programme (UNEP) and ethical investors’ body the Principles for Responsible Investment (PRI).

Mining firms also say they are addressing the issue. BHP has set up a tailings task force after a dam owned by its Samarco venture with Vale burst in 2015.

Bruno Oberle, a former Swiss minister who worked for Switzerland’s environment agency, said the ICMM had picked someone outside the industry to oversee the initiative.

“The major difference between this and previous reviews is its independence,” he said, adding that he was appointed to chair the review with backing of the ICMM, UNEP and PRI.

He said the issue required a broad approach, with thousands of dams across the world and no comprehensive data base.

Oberle said he would draw on information from the biggest miners, which have started publishing information about their dams in response to calls from ethical investors.

He said he would begin with research, starting at Brumadinho and involving meeting communities living near tailings facilities and evaluating best practices. This would be followed by consultations with various stakeholders.

Oberle said he would then draw up standards to be published together with a report early in 2020.

“This review will not just set an international standard for tailings storage facilities, but I will also consider the governance of the standard, how to encourage its adoption by industry and ongoing compliance,” he said.

The new requirements will become mandatory for the 26 members of the ICMM, which include miners such as BHP, Anglo American, Rio Tinto, Glencore and Vale.