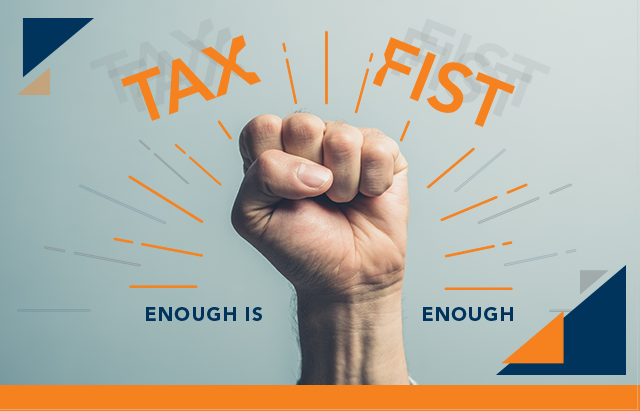 Solidarity has announced a huge but lawful tax protest campaign. Taxpayers must make themselves heard about the abuse and squandering of their tax money. The muscle of a large group of taxpayers is stronger than the power of the state, but to have success, taxpayers must stand together.

Give your mandate and be a tax activist!

This is your chance to join us in saying no to tax abuse. Give us your mandate so we can show the court on whose behalf we’re fighting.
What will happen now:

Failed state entities gobble up billions of rands every year. Yet, the state is still recklessly investing your tax money in those enterprises. That is why Solidarity came up with a five-point tax fist.
© 2020 Solidarity