WerkNet
Your Family
Your Career
Your Health
Your Money
You and the Law
Occupational Guilds
Solidarity Youth
S-Leer
Home › News Office › TERS payments extended, only certain industries may claim 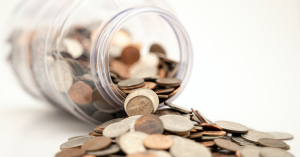 In 2020, the government introduced a C-19 TERS benefit (Covid-19 Temporary Employer/Employee Relief Scheme). This benefit, which was introduced to bring relief during the Covid-19 lockdown, enabled some employers to pay employees their salaries.

According to the government, the purpose of the fund is to limit the economic impact of the pandemic and the associated decline in activity, and to prevent people from being forced to act in a way that would further spread the virus.

The fund, which was closed and reopened several times, has been reopened again by President Ramaphosa after he made the announcement to that effect during his State of the Nation Address.

The Unemployment Insurance Fund (UIF) said it was still working on the finer details of the TERS scheme, but that the government’s decision to extend the TERS benefits means that aid must be provided to sectors that are not fully operational, such as the tourism, hospitality and liquor industries.

According to Ramaphosa, the payment of TERS benefits from the fund will be extended from 16 October 2020 to 15 March 2021.

UIF communications and marketing director Makhosonke Buthelezi said in a statement last week that the details on who will now qualify for the benefits will be discussed and finalised by Nedlac. It will be announced at a later date.

BusinessDay reports that so far, the UIF has paid out almost R60 billion through 13 million payments. The initial budget was R40 billion, which was part of the government’s R500 billion social and economic assistance plan implemented last year when the country was subjected to some of the strictest and most draconian lockdown measures in the world and millions of South Africans were unable to earn their bread and butter.

However, the tourism and liquor industries in particular were hit the hardest when the country was placed in an adjusted level three of the lockdown regulations in December and January. Liquor stores could not do business at all, and because of the second wave of infections that plagued the country, people cancelled their holiday plans and travelled less. Overseas tourists have also been banned from travelling to South Africa by their governments due to the contagious variant of Covid-19 found here.

The tourism and liquor industries have been hampered for months due to the consequences of the lockdown regulations, and this has resulted in jobs being scaled down. It also affects many businesses that provide services and are dependent on these industries, such as restaurants.

There are also major concerns about the near future because experts already warn that South Africa could experience a third wave of the virus that could lead to further damage of the economy.

BusinessInsider reports that the South African liquor industry has lost R36,6 billion in revenue since the government declared the National State of Disaster last year.

According to Patty Butterworth, CEO of Plett Tourism, the tourism industry in Plettenberg Bay on the Garden Route lost more than R674 million in revenue between October and December 2020.

Industries most affected by the second wave

TERS payouts: These workers can still claim after extension – https://www.businessinsider.co.za/ters-payouts-these-workers-can-still-claim-after-extension-2021-2