The challenges that lie ahead in 2020 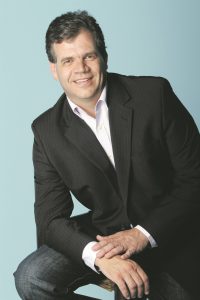 According to Gideon du Plessis, General Secretary of Solidarity, 2020 is going to be a challenging year for labour relations. With many labour issues currently on the table, Solidarity is ready to assist its members. It is crucial for Solidarity to offer its members job security and to prevent retrenchments where possible.

What does 2020 hold for South Africa’s labour relations?

At the end of last year, SAA accepted a resolution to voluntarily place it under business rescue. This followed Solidarity’s submission to the High Court wherein it was requested that the SAA be placed under business rescue. However, this means that SAA and Eskom will be a burning issue for the first half of the year and is certainly something the public will want to keep an eye one.

Du Plessis also said that in addition to his expectation that Numsa will oppose any form of privatisation at SAA, the major challenge for all the unions involved will be to reduce the top management positions and to provide job security to employees at lower job levels. This issue will challenge the practitioners further because sustainability means to reduce all excessive jobs to achieve job security in the long term.

Eskom’s restructuring plan should provide more clarity on what the much-discussed unbundling process will entail. Once again, any talks of privatisation or the reducing of staff are expected to be seriously opposed by the NUM and Numsa.

“As far as other substantive retrenchments are concerned, ArcelorMittal South Africa (Amsa) will continue to leave employees plunged in uncertainty as to the continuation of the retrenchment processes that started in 2019. Saldanha Steel’s lockdown should be finalised in February. 565 permanent employees and 1 500 contractors are affected by this,” said du Plessis.

He also mentions that there is an expectation that a retrenchment notice will be reached out by Amsa’s plant in Newcastle – shortly after the recent retrenchment processes at its plants in Vanderbijlpark and Vereeniging. According to du Plessis it would also not be surprising if retrenchments were to take place at private companies such as Tiger Brands, Sasol and many other marginal mines. Furthermore, state entities such as PetroSA, Prasa and Transnet are also candidates for retrenchment processes in 2020.

Due to the state of the South African economy and the Eskom factor, salary increases in 2020 should be predominantly inflation related, which will make it difficult for unions to meet their members’ expectations. However, Du Plessis believes that the Minister of Public Service and Administration has an even more difficult task in keeping public servants and civil service unions’ salary expectations in check.

There will also be a lot of pressure on the aviation industry thanks to the salary negotiations kicking off soon at the Air Traffic Navigation Services (ATNS), SAA Technical and FlySafair, and in September this year Comair will be at the negotiating table.

In February this year, negotiations will kick off at the Netcare hospital group. These negotiations will be a good indication of whether the group has started to position itself for the impact of the National Health Insurance (NHI). Traditional hospitals are already struggling because of the competition offered by day hospitals.

In March, negotiations should start at Telkom. Two years ago, the two telecommunication trade unions, CWU and Sacu, stood with their backs against the wall and refused to undersign the unfavourable salary agreement that was unilaterally introduced by Telkom. These two trade unions will now want the tables to turn.

April’s negotiations under the banner of the struggling Bargaining Council for Metal and Engineering are going to be critical for the steel industry’s sustainability. Hopefully Numsa has learnt what happens if you strike on the deck of the Titanic, with its recent SAA protest.

On the mining front, negotiations start at Sasol’s coal mines in April. This promises to be challenging due to the company’s financial position and competing unions, such as Solidarity, the mine workers unions, Amcu and NUM, and the unions in the chemical industry, Sacwu and Ceppwawu.

In May this year, there will be negotiations in the mining industry at Kumba Iron Ore, Assmang and South32 Hotazel Manganese, when they will have to face NUM, Solidarity and Amcu (Kumba only).

This will also be the first year in which salary negotiations with major coal companies such as Anglo American Coal, Glencore and Exxaro Coal will take place at the mining level from June following all the coal companies’ decision to withdraw from the centralised collective bargaining, instead of negotiating under the protection of the Council for Minerals (formerly Chamber of Mines).

Salary negotiations that kick off in a month at the faltering Denel, promises to be a difficult process. Retrenchments are threatening due to the problems experienced with arms exports to countries, especially in the Middle East.

Lastly, Du Plessis said that the Fourth Industrial Revolution (4IR) will increasingly be experienced by companies in the mining and manufacturing sectors in particular where workplaces will continuously be automated. He said a tip to unions are to place “skills development” at the core of their development to increase job security to its members.

This article originally appeared in Rapport and was processed by Solidarity.