The UFS forsakes the safety of staff and students 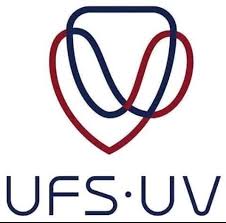 Solidarity is demanding answers from the University of the Free State (UFS) after the illegal student protests of 21 May 2019 in which unruly students violently disrupted lectures and the writing of tests.

According to information obtained by Solidarity, the illegal protests began at around 14:00 following the assault on the financial head, Mr Chris Liebenberg, and it carried on until after 17:00 without any noticeable intervention from the university’s protection services.

In a letter addressed to the rector and vice-chancellor, and to the chairperson of the Council of the University of the Free State Solidarity posits that the UFS has not succeeded to put measures in place to ensure the safety of its staff and students whatsoever.

“A week after the eruption of violent and illegal protests on campus in which fire extinguishers were opened on staff, and staff and students were assaulted, intimidated and harassed by protesters, no firm action has as yet been taken against the perpetrators,” Solidarity Deputy General Secretary Werner Human said.

“A lack of firm action on the part of the UFS will result in staff and students being left at the mercy of illegal actions of a minority of the students,” Human added.

As part of the demands Solidarity raises in the letter, Solidarity wants to know:

Solidarity is closely monitoring developments in this matter and would take any further steps within legal avenues that may be necessary to protect the safety of staff and students at the UFS.