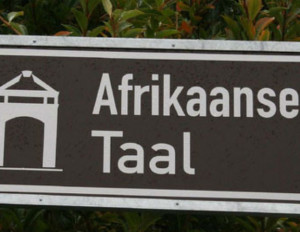 Trade union Solidarity welcomes the decisions taken by the board of Stellenbosch University (SU) at its scheduled board meeting held yesterday, 30 November. The board reaffirmed its commitment to the language policy as adopted on 22 November 2014. The board confirmed that the university’s multilingual offer is regarded as a strategic asset for US and it should be expanded as a competitive advantage. The board also declared that this may not be done at the expense of the agreed upon minimum target set for its Afrikaans offer and also requested that the Afrikaans undergraduate academic offer be increased further.

Three weeks ago, numerous alumni, parents, supporters and students of the university, in collaboration with trade union Solidarity, launched a referendum on the proposed amendment to the US language policy. More than 30 000 participated in the referendum of which 99% indicated that Afrikaans should be retained, protected and expanded. Solidarity regards the decisions taken at the board meeting as a tactical victory but not a strategic success.

According to Solidarity Chief Executive Dr Dirk Hermann, the voice of 31 000 people cannot be ignored. The struggle still lies ahead but together we are going to make our voice heard for the preservation of our language at tertiary institutions.