WerkNet
Your Family
Your Career
Your Health
Your Money
You and the Law
Occupational Guilds
Solidarity Youth
S-Leer
Home › News Office › “They couldn’t eradicate this threatened rhino.” – Member 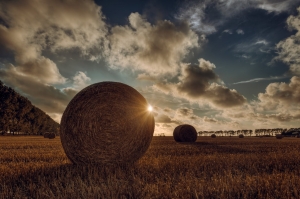 We meet at a well-known coffee shop in Pretoria. Me with my notebook and a 60-year-old high-ranking employee from a state-owned company responsible for large-scale agricultural activities in South Africa. “It is difficult matters we will talk about, but a warm cup of coffee makes every situation better and easier,” he said while ordering a small cup of the strongest coffee in the shop.

He thinks deep before speaking: “Before we start, I have to make it very clear that I am immensely fond of my job and therefore I returned to work after this bad experience in my career. I still have a lot that I need to teach the next generation in my industry and one bad experience will not prevent me from doing that,” he said with a certain amount of self-assurance you will only find in a hardworking, loyal father’s eyes.

*Frik Lubbe, a senior researcher in South Africa’s agricultural circles, dedicated his life to his career – in fact, he still does. But, with a record of 37 years that is as clean as an OMO-washing bundle, nothing could prepare him for 2019 and an employer who tried to get rid of him through false accusations.

“I have been at my company 37 year already. In 2012 we began to notice that the company pertinently started getting rid of all the white managers. We referred to this as the White Rhino Hunting Season amongst ourselves. The difference between my success today and my colleagues’ despair in the past, was that they didn’t have good representation when this crisis struck,” he told with empathy in his voice. The way he talks about former colleagues reminds me of a man talking about his days in the war – memories, then silence.

In April this year, Frik lodged a complaint against certain procedures at his company. The next day he was in the crosshairs and he was falsely accused with charges that would, if successful, kick him from his job like only Naas Botha could kick a ball on Loftus.

“I was totally stunned. For someone with a clean record for 37 years, news like this wasn’t too easy to digest. I have always had the greatest love for my work and the greatest respect for my employer. My industry is different from the rest and therefore it isn’t to strange if someone remains for the whole duration of their career at one company. I have only achieved success in my career and that was motivation enough for me to fight and clear my name,” he said earnestly.

That is exactly what he achieved together with Solidarity. During Frik’s disciplinary hearing he was found innocent on all four charges lodged against him and he simply continued with his responsibilities at work. “The day after everything was concluded I closed the proverbial book and looked ahead. Even though I know there are people at work that don’t want me there, they also now know the power of Solidarity who approached my matter in a very clever way,” he said with a big smile on his face.

Frik thinks back to his former colleagues who, according to him, was dismissed for completely ridiculous reasons. “Many of them are having a tough time nowadays. A thing like this affects you and can break you. Thanks to Solidarity’s assistance I luckily have a different version to tell – one of success and victory.”

“You see, I am 60 now,” he said softly. “I owe it to the next generation in my industry to convey my knowledge to them. I tolerate the awkwardness of knowing that there are people who want to get rid of me and I just don’t pay attention to it. I will not allow this bad experience to override years of good memories in my work. I am still standing strong,” Frik assured me.

He joined Solidarity in 2008, not knowing that he will ever be in a position where his career would be in danger. “After they falsely accused me and humiliated me by dragging my name through the mud, I can say today: I was grateful every day this past year about my decision to become a member of Solidarity. My name is cleared, and I can continue my passion for my occupation as a 60-year-old expert.”

According to him, the fact that Solidarity has specialists in disciplinary procedure who represents members, a huge reason for his success. “My representative even taught me, who had to do a lot of disciplinaries throughout my career myself, a few lessons and for that I am grateful.”

*Frik Lubbe is a pseudonym used to protect the member’s interests.

Tomorrow it too uncertain, so join Solidarity’s Network of Work today: https://solidariteit.co.za/en/join-in-one-minute/

Nationalisation of sport: What are the consequences?

The rise of the machine?