Third of senior public servants in SA not qualified 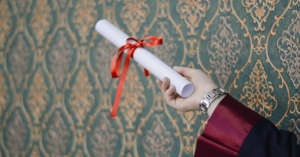 Public Service and Administration Minister Senzo Mchunu recently disclosed in a written answer to a parliamentary question posed by the DA that according to information on the public sector’s personnel and salary system, the Persal system, a total of 9 477 senior managers are employed in the civil service at present. Of these, 3 301 staff members do not have the minimum qualifications required for their respective positions.

According to Mchunu, many departments do not capture the information about staff members’ qualifications onto the Persal system, therefore the tables issued by the department are not completely accurate. He added that information on staff working for the Department of Defence and the State Security Agency is not included in the figures.

Mchunu also disclosed that 1 314 of 4 028 senior managers employed in provincial government departments do not have the required qualifications.

According to the breakdown of the information provided, 5 447 of the senior managers in the civil service are employed at national level, but 1 987 of these senior managers do not have the necessary qualifications to hold a position at this specific job level.

Senior managers in the civil service need at least an NQF level 7 qualification, which is equivalent to a bachelor’s degree or an advanced diploma.

Of the nine South African provinces, Gauteng has the most senior managers who do not have the necessary qualifications, namely 381. Most of these work in the Health Department.

In 2019, President Cyril Ramaphosa reduced the Cabinet from 35 cabinet members to 28. The government is currently also considering doing away with deputy ministers who have no constitutional role in the government. According to Mchunu, the fringe benefits enjoyed by political office bearers and office managers could also be curtailed.

Mchunu also pleaded with trade unions to accept a 0% salary increase for the public sector due to the poor economic conditions in the country and also because the country finds itself on the edge of a fiscal abyss.

According to Mchunu, the government is implementing a series of new rules that would prevent ministers and managers in the public sector from looting money. This includes a limit on the amount of money that may be spent on new vehicles and also that cabinet members may not fly business class.

35% of senior government officials not qualified for their jobs – https://citizen.co.za/news/south-africa/government/2471850/35-of-senior-government-officials-not-qualified-for-their-jobs/

Third of senior government employees in South Africa are not qualified – here are the worst departments – https://mybroadband.co.za/news/government/393159-third-of-senior-government-employees-in-south-africa-are-not-qualified-here-are-the-worst-departments.html