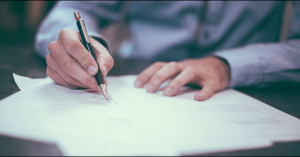 An urgent court application will be brought against the South African Postal Service (SAPO) as early as next week, should it not heed a letter of demand from Solidarity in which Solidarity insists that the postal service must provide proof that it has complied with all its statutory and contractual obligations towards its employees to date.

Since 1 April 2020, the postal service has failed to meet its statutory and contractual obligations, which include the payment of medical aid contributions, taxes and pension fund contributions on behalf of its employees, while continuing to deduct these contributions from salaries.

“Since April, millions of rands have been deducted from employees’ salaries, but the postal service has not paid over a single cent of that money to the relevant funds. This cannot be described as anything less than theft,” said Anton van der Bijl, head of labour law services at Solidarity. “SAPO’s failure has resulted in its employees’ membership contributions to medical and pension funds to be in arrears, which has serious implications and could lead to the termination of these employees’ benefits – something Solidarity cannot allow.

“Should SAPO not respond to the letter of demand, we will go to court on behalf of our members. Solidarity has never merely stood by and watched while state decay results in state institutions harming their employees and acting prejudicial to their interests. In this case we will again protect the interests of our members and do everything in our power to prevent them from becoming the victims of mismanagement by the state,” Van der Bijl concluded.

Read the letter of demand here.