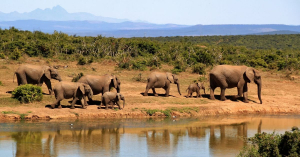 City Press reports that major roleplayers in the country’s hospitality industry have joined hands to plead with government to reopen the economy as thousands of jobs are at risk and businesses are closing down.

Already, about 400 000 jobs have been lost in the tourism industry since the national lockdown came into effect in March.  The sector is reportedly losing R750 million in revenue a day.

Some tourism establishments have closed down for good, while others have had to let thousands of staff go over the past four months due to the national lockdown.  Tourism Business Council of SA chief executive officer Tshifhiwa Tshivhengwa said the industry would only recover when the country opened up again and that executives in the industry were talking of retrenching 60% to 80% of their workers.  “This industry must be opened for leisure travel and that can be done without being reckless. It’s a false opening now, actually, when people can use hotels when they’re on business [trips], but not for leisure,” he pointed out.

Oupa Pilane of the Southern Africa Tourism Services Association (SATSA) said the industry was on its knees because of government’s irrational decisions.  He remarked: “We do not understand why government would commit more than R10 billion to save SAA and sacrifice the tourism sector that employs and supports more than 1,5 million jobs.”

Cooperative Governance and Traditional Affairs Minister Nkosazana Dlamini-Zuma’s spokesperson said the department was not opposed to engaging in discussions to find a way forward for the tourism, alcohol and tobacco sectors.  In the meantime, the tourism department is conducting a comprehensive study on the impact of Covid-19 on related sub-sectors.