WerkNet
Your Family
Your Career
Your Health
Your Money
You and the Law
Occupational Guilds
Solidarity Youth
S-Leer
Home › News Office › UIF commissioner: There is no backlog in TERS payments 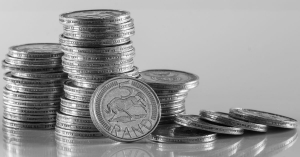 According to Unemployment Insurance Fund (UIF) commissioner Teboho Maruping there is definitely no backlog in the payment of Covid-19 relief benefits. Maruping claimed in an interview with Business Day that the fund has paid all those who have met the required criteria, and he laid the blame for any possible delays on employers who have filed incorrect applications.

The UIF has set aside R40 billion for the TERS scheme, of which R27,9 billion has been paid out to more than 6 million people.

The Temporary Employer/Employee Relief Scheme (TERS) was established to provide financial relief to employees during the Covid-19 pandemic. The national lockdown has led to many people losing their jobs, and people were forced to apply for financial assistance from the TERS scheme.

TERS forms part of the R500 billion economic and social relief package announced by the government.

The scheme has been affected by several technical issues, including problems with its registration system. The technical issues have delayed payments of TERS benefits that left millions of people without any money.

In addition to the ongoing problems, there is also controversy regarding almost one million people whose applications were rejected because they could not be found on the UIF system.

According to Maruping, the UIF is committed to honour and pay out all outstanding claims because the UIF is still receiving information for some of the outstanding claims. He also acknowledged that there have been glitches in the system, but he does not believe that the UIF should be blamed for issues regarding undeclared employees.

Maruping said the UIF was in contact with employers regarding undeclared employees, and it is now these employers’ responsibility to provide proof that these workers are indeed in their employ. He said employers have not yet given their cooperation in this regard.

Business Day reported last week that the TERS applications for June had to close twice because a glitch in the system displayed applicants’ confidential information.