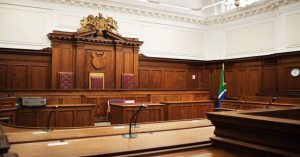 Solidarity today announced that it will bring an urgent application to the Labour Court to stop unfair retrenchments at Barloworld Equipment South Africa. This follows after Barloworld sent a notice of the termination of employment contracts to selected employees from 17 August.

According to the selection criteria of Barloworld’s retrenchment process, race plays a significant role in the consideration of which employees to retrench and this criterium is even placed above the numbers of years of service an employee has at the company. No proper consultation process was followed on the selection criteria and no trade union, employee or shop steward was involved in the compilation of these criteria. It also came to light that the process of retrenching employees has continued despite the fact that there are currently several vacancies at the company.

“It is shocking that a company can discriminate like this against loyal employees with years of service. Black employees are obviously benefiting from these processes at the expense of their white, brown and Indian colleagues that are longer employed with the company,” said Willie Venter, Deputy General Secretary of the metal and engineering industry at Solidarity.

Solidarity argues that the retrenchment process, as followed by Barloworld currently, is unfair and discriminatory in nature and is of the opinion that all retrenchments must be revoked immediately so that all parties involved can return to a proper consultation process in order to achieve a fair outcome.

“This action by Barloworld is unacceptable and cannot simply be accepted. Solidarity will do everything in its power to stop the current process and will not allow companies to act in an unfair manner and enforce retrenchments based on race at the expense of other loyal employees,” concluded Venter.