WerkNet
Your Family
Your Career
Your Health
Your Money
You and the Law
Occupational Guilds
Solidarity Youth
S-Leer
Home › Press Releases › US Preferential Trade Scheme: Thousands of jobs at stake

US Preferential Trade Scheme: Thousands of jobs at stake 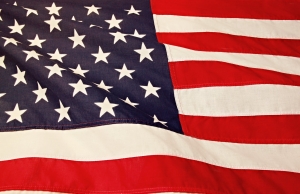 Solidarity today expressed its concern over thousands of South African jobs that could be lost should the United States of America decide to terminate South Africa’s eligibility to participate in the Generalized System of Preference (GSP), the largest and oldest American Scheme that allows duty-free imports from less developed countries. The Unites States federal government announced plans last Friday to review South Africa’s eligibility to benefit from the scheme due to South Africa’s domestically drafted changes to copyright legislation which include the Performers Protection Amendment Bill and the Copyright Amendment Bill. A complaint was launched in response to the changes by the US based International Intellectual Property Alliance that represents over 3 200 US companies that produce and distribute materials protected by copyright laws throughout the world.

The protection and enforcement of intellectual property rights are important prerequisites for eligibility for duty-free trade under the African Growth and Opportunity Act (AGOA). Since the AGOA builds on and enhances preferences available under the GSP, AGOA eligibility requires that a country is already a GSP benefit country to be able qualify for AGOA.

According to Marius Croucamp, Deputy General Secretary at the Solidarity Institute for Strategic Labour Affairs (SISLA), thousands of jobs are at stake should AGOA benefits be suspended: “Looking at the numbers, around 900 US companies operate directly or indirectly in South Africa, employing some 125 000 workers. As much as 40% of the total exports from South Africa to the United States of America are under the AGOA scheme. A suspension of duty-free trade will have the effect of making South African products less competitive and thus vulnerable to cheaper offerings from competitors. This in turn will without any doubt place thousands of South African jobs at risk”.

South Africa, with its middle-income market economy, is hugely dependent on bi-lateral trade, especially with the current slump in local demand. “The AGOA non-reciprocal trade benefits and opportunities make up between 12-15% of South African exports in total. The trade balance between South Africa and the United States of America leans significantly in South Africa’s favour and a possible dip in investor confidence or a suspension of trade incentives will further discourage American companies from investing in and doing business with local companies,” Croucamp said.

The United States federal government is yet to announce a timeline for the review process.