We will not allow the ANC to steal our future 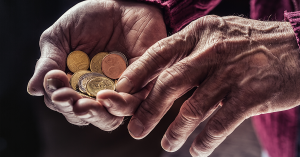 “Such statements by a government official are absolutely careless. It causes panic among all workers who will not sit back and look how their savings are being thrown into mismanaged state institutions. There is no responsibility and the easy option now is pensions,” said Dr Dirk Hermann, Chief Executive Officer of Solidarity.

“Pension money is holy money – it is a lifetime’s savings. If you loot this money, you are stealing from someone’s old age. It is morally wrong, and we will fight it with everything in our power,” added Hermann.

The plan to use state pension funds to relieve Eskom’s debt burden was initially proposed by Cosatu. Minister Mboweni’s additional plan that all pensions, rather than just the state pension fund should be used for this, is nothing but prescribed assets as used by the Apartheid government during that time.

“Although hijacking of pensions is a major concern, nothing tangible has yet been offered by government. Careless statements are made, but it is never committed to any plan. This indicates a government that desperately hope that we will seize to resist so that they can strike. We dare not lie down. Unfortunately for them, Solidarity is quick-witted in our strategy to fight the hijacking of pensions. We have positioned ourselves squarely between the government and your savings and we are not going anywhere,” said Hermann.

“We cannot allow the ANC to steal our future to pay for their past. And, as long as we exist, we cannot allow South Africa to go down the same route as Zimbabwe,” concluded Hermann.