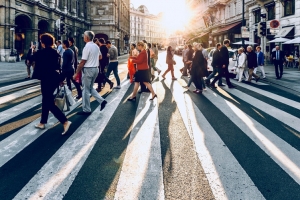 This week Solidarity Youth, trade union Solidarity’s youth wing, together with the rest of the country learnt that the youth unemployment rate is now 55,2% according to the latest statistics. This percentage has gone up by 0,5% since the corresponding time last year.

Solidarity Youth firmly believes that by letting this figure increase out of control, the South African government is gambling with the country’s future.  The current government is constantly promising jobs, but what they should rather do is to get out of the way of job creation.

Legislation keeping young people out of the labour market is the order of the day, and no government can resolve unemployment simply by making government appointments.

Despite government’s failure Solidarity will keep on offering its members a sense of belonging by developing a network of work and by expanding it to ensure that those who want to work can work.